I am pleased to welcome Mark LaFlamme to my blog today.

His first book ‘The Pink Room’ is about a world’s leading physicist who attempts to use the science of string theory to bring his daughter back from the dead.

His second book ‘DIRT’ is a political thriller.
Sounds interesting to me. If you like thrillers you’ll surely be tempted by this.
Here is the book blurb:
A grieving man disappears with the body of his dead bride and a mad race is on to find him before he can destroy his father’s campaign for the White House. An exploration of the dark side of politics, “Dirt: An American Campaign” delivers a plot teetering on the cliff-edge of madness as one candidate tries to bury his own scandals while exposing the dirt of others.

Long before the first novel was written, years before I knew a thing about agent queries and first serial rights, I imagined myself on a book tour.
I’d wear sunglasses, I decided, even at night. It lends an air of rock star mystique, you know, while you’re signing copies at a bookstore in Butte, Montana or Camel Hump, Iowa. 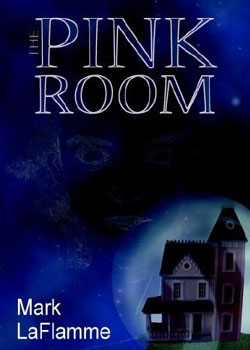 I’d invite fans of my book back to the hotel tavern and we’d roar with boisterous, literary glee into morning. I’d have a curvy lady accompany me from airport to airport, city to city to take care of things like appointments and scheduling. I’d call her Mimi even if that was not her name.
I’d be Jim Morrison with a book in my hands instead of a microphone, a mythical character weaving his way across the book universe, playing to big crowds, building a reputation for genius and sordidness.

You cannot fault a novelist for having lofty dreams, my friend. We spend most of our hours alone with only make believe characters for company. We move through spells of supreme optimism and abysmal gloom that would drive others to medication. We bleed in ink.

I’m on tour for real now, but there are no sunglasses. Mimi has not so much as dropped me an e-mail. I do it all right here at my desk, answering questions from hosts and pounding out an occasional rant like this one. There are no bar parties and I don’t even need to get dressed to go about the work at hand. 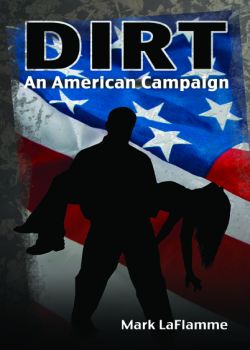 It’s a long way from those bygone visions, but I’m not lamenting the fact. It I were in Eye Socket, Ohio or Bee Sting, New Mexico, I might reach a few dozen people with that stop at the local bookstore. Here on the nebulous Web, I might reach millions and I don’t have to wear shoes.

The Internet has changed the fundamentals of book marketing. The virtual book tour has replaced the grind of airports and motels, bookstores and cafes. I consider this both good and bad. Bad in that it removes some of the interaction a writer might have with real world people, whose hands can be shaken and voices heard.

Good in that an author can achieve twice the attention in a tenth of the time.
Time is a friend to the writer. Time is where we are allowed to write.
I’ll miss you, Joe and Judy, Frank and Freda, because I won’t likely be appearing at a bookstore near you. But I’m here, on this site, and I’m glad to make your acquaintance.

Though we won’t hang out together at the hotel bar or dive obnoxiously into the pool at midnight, I’m happy to be here. Drop me an e-mail if you want to and let’s get to know each other.
Just throw on some sunglasses, new friend. Because the future looks bright.
———————————————————————————–
Do visit Mark LaFlamme’s website here. It’s an interesting site.

This guest post is part of the Pump Up Your Book Promotion/ tour.