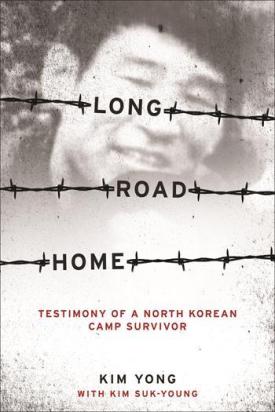 My thoughts:
Kim was an ideal North Korean citizen. He had a high post in the government, made a lot of profit, worshiped their leader, put his country above his family and was basically living an ideal life with his wife and 2 kids. Everything was perfect, until it wasn’t.

Kim’s world came crashing down when it was discovered that he was the son of an American spy who was executed by the Government. He was immediately arrested and sent to prison for what his father did, a father whom he did not even remember.

What happened to Kim and possibly many North Koreans was shocking to say the least. I can only question the sanity of someone who can put 2nd and 3rd generation loyalists for something they did not do. I might have understood a demotion but not putting him into one of the countries worst prison.

Kim did manage to escape to South Korea and eventually to the US, but before that he had to spend 6 years in hell. His journey from North Korea to South Korea was nerve breaking. I kept praying they don’t catch him even though I knew they don’t. The author brings to light the lives North Koreans lived and probably some of them still do under this horrific regime. He wants the world to know what is happening in the closed country.

The author is the only person who escaped Camp 16 and 14 and has lived to tell his story. There are not many books written about North Korea and this one is definitely worth reading.