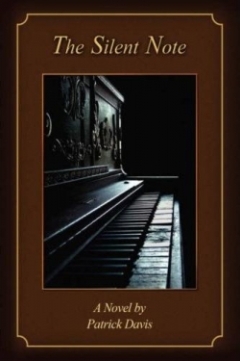 A young woman, Maria, dies of a sudden illness leaving her husband John and her 4 year old daughter Melissa behind. Maria had an antiques shop and had particularly taken a fixation to an antique piano which she had bid for and finally bought for her store. After her death all her antiques along with the piano are shifted to John’s basement. After a year or so when Melissa wants to learn piano, John moves the piano from the basement to his house. They call a Piano tuner when they discover that one of the keys is not working properly. That’s when they find a box hidden in the lower part of the Piano.

John is surprised and intrigued when he finds out that the box contains a black and white photograph of a young couple and some letters. As he reads them, he comes to know that the letters are from a woman called Elsa who was a pianist and a student of music in 1915. The box also contains letters from Grant Ford, who he assumes is the man from the photograph. He pieces their story together from all the letters and comes to know of a love story from the post Victorian era based in Kingston, New York.

Elsa is born in an affluent family and is studying music and is also quiet a good pianist. She meets Grant at a students meet in Boston where he is displaying his engine (I think, I dont remember the details). Grant is into the innovation revolution that was going on during the early 1900’s. Both are instantly attracted to each other and continue their correspondence through letters and chaperoned meetings at Elsa’s house. But Elsa is more into her carrier than romance and she feels that a romance at a time when she should be concentrating on music would be very bad for her career. Elsa’s father is against Grant because he feels Elsa could become a great concert pianist if she could just concentrate on her music. As the letters stop abruptly John wonders what happened to Elsa and Grant.

Even though John comes to know about Elsa’s and Grants story through letters, the story is not told in the letter format. There are parts of letters introduced in the story, but mostly it is told as a separate story. I expected it to be dramatic, but it wasn’t. It’s a normal courtship story. The only suspense is how it ends, although there are a couple of elements thrown in that could avoid their possible union.

I kind of guessed the end, but it still did not take away my interest from the book. The writing is straightforward, simple which makes it an easy read. The post-Victorian language was appropriate, I think. Al though I don’t know much about that era, I couldn’t find anything wrong with the setting or the language. When I read the story of Elsa and Grant I could see black and white images in my head which changed to color when John came back into the narrative, which I guess is a good thing.  Do you ever imagine a story in black and white?

I did have a problem when the author used the words ‘The widower’ or ‘The banker’ for any of the characters. Take for e.g. John went to the market. John bought ice-cream. The widower then went home (This example is not from the book, it’s just to show you how it was written) .It really irritated me at times. The end was cheesy, fit for a cheesy romantic movie where all ends are neatly tied up. But overall a good book. It was entertaining.

Return to Kingston is the sequel to this book although ‘The Silent note’ is a stand alone book.

This review was for authormarketing. Thanks Paula for the book.

Patrick Davis was first introduced to the magic of storytelling through filmmaking. A twenty-six-year veteran of Sony Electronics of Rancho Bernardo, California, he lives in Poway, California, with his wife, Pamela, and their children.

9 thoughts on “The Silent Note by Patrick Davis”