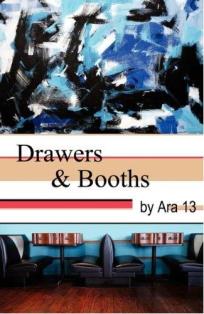 Before starting the book, I looked up metafiction. I was not exactly sure what it meant. Here is what Wikipedia says

Metafiction is a type of fiction that self-consciously addresses the devices of fiction. It is the literary term describing fictional writing that self-consciously and systematically draws attention to its status as an artifact in posing questions about the relationship between fiction and reality, usually, irony and self-reflection. It can be compared to presentational theatre, which does not let the audience forget it is viewing a play; metafiction does not let the reader forget he or she is reading a fictional work.

I was worried how a debut author could pull that off and why in the world would I be interested in reading something that always reminds me that I am reading fiction?

The book starts with a marine corp. and journalist taking a military assignment in the third word country. The author builds up a nice premise with some suspense and then suddenly ‘Wham’, he pops in and tells you the fate of all the characters in the book. Now why would anyone be interested in reading the book after that? But I kept on reading and trudging through all the military jargons to know what would happen next. This was completely new territory to me. Here’s an example of the metafiction element I am talking about,

“Father Atkinson?” he called.
“No,” I reply, emerging from the dark.
Kick turns to his right, “Who the hell are you?”
“Nobody.” I measure him up, wondering how he will react.
“You don’t belong here,” he senses. “What the hell are you doing? You are going to fuck everything up.”
….
“Relax, no one is reading this. Do you know how hard it is for a first-time author to get published? It’s just as hard to find an agent as it is for the agent to find a publisher…harder in fact.”
“We’re not supposed to talk about the process…about him,” Kick whimpers.
“You mean the author? His name is Ara.”

I don’t think just by saying its metafiction and that it’s a great book will make you want to read it. So for that purpose alone I will have to introduce a spoiler here. But let me also specify that this spoiler in no way will hamper or lessen your reading experience.

“Please state your name for the record”
“God”

Yes, my dear friends, we have God on trial here. It’s not about whether God exists, it’s more about whether he is responsible for what happens in the world or not. Okay, enough, end of spoiler. Whether or not you agree with Ara’s point of view or the reasoning in the book, it definitely makes for an interesting read. The characters are constantly uprooted from one scene to another .It’s the kind of book that pushes the readers boundaries and forces the reader to think beyond the traditional notions of what a novel is. Ara’s sense of humor is situational, intelligent and the kind that makes you think, ‘How does he come up with all this stuff? ‘. Here’s the only example I found which is not a spoiler-

At this point, I would like to address you, the reader. I have provided some blank space so that you can jot down any concepts lingering in your head, such as: “Wow, that was the most insightful stuff I’ve ever read. Now, I understand everything about everything,” or “what a pedantic piece of junk. Thank God I am almost done with this book so I can move on to the upcoming bestseller…..

All said and done, let me also tell you that this book is not for everyone. Read it if you want to read something really unique and intelligent. If you do get your hands on this book, please be patient for the first 40-50 pages, the rest will be worth it.

Drawers & Booths won an IPPY—the world’s largest international book awards competition, independent or otherwise. Ara 13 competed against releases from production houses such as, Harvard, Princeton, MIT, Yale, and other university presses, as well as Pulitzer finalist Dave Eggers’ production house, cSweeney’s, and Barnes & Nobles’ alliance press, iUniverse. Ara 13’s novel was selected from 3,175 entrants representing 16 countries: Trinidad to Thailand, Croatia to Czech Republic, and France to Finland. Drawers & Booths was one of 32 books to receive the moniker, “Outstanding Book of the Year,” and Ara won a Bronze Medal as “Storyteller of the Year.” According to 2008 Independent Publisher Book Awards, Ara 13 exhibits “the courage and creativity to take chances, break new ground, and bring about change, not only to the world of publishing, but to our society.”