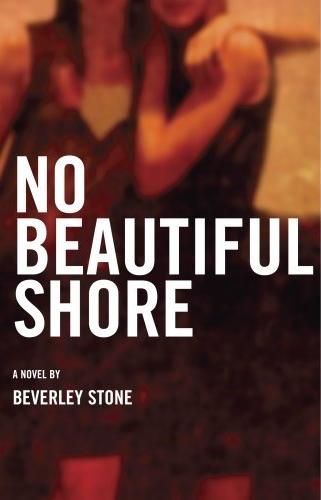 Book Blurb: Bride Marsh, the prettiest girl in a town of boys, and Wanda Stuckless, Bride’s best friend and a small-time drug dealer, have never been away from home. After seventeen years, their entire world has been a small, close-knit island off the coast of Newfoundland. But the two girls have bigger and better ambitions than to be stuck on the island their parents consigned them to.
Throughout the summer after high school, they make plans to finally leave everything behind and move to Toronto, but in the process, they realize that running away from home is not as easy as they originally thought. Once the boys in town start to show an interest in them, the girls find their plans for escape have hit a slight snag as they start to drift further apart and discover that the island might have more to offer than just a dead-end life.
Brimming with colourful characters, the novel is full of love and pathos for the tragic lives Bride and Wanda will be leaving behind. From Wanda’s blind father and catatonic mother, to Bride’s sorrowful stepfather/uncle and her sexually and emotionally insular mother, the island comes to life with their chattering, vibrant lives. Beverley Stone’s writing revels in cutting dialogue with poetic grace, describing the ache of losing a home and losing friends. With an angst reminiscent of A Complicated Kindness, No Beautiful Shore is awash in the anxiety of growing up and the irresistible urge to finally leave home.

2 Teenagers. One depressing Island and their hope to leave home one day. That’s the whole premise of the book.
Bride and Wanda are best friends who after finishing school want to move out of the Island to Toronto. Wanda sells drugs to save money and Bride decides to ask her grandmother for it.

Although the premise was good and what attracted me to the book, I found it too depressing. Every character in the novel was depressed and sad. Although I understand that the author had created an atmosphere which was required for the story, there is only so much sadness one can take.

I found Bride and Wanda likable, even though they were not really very loving towards their family. The only character I found myself rooting for was Bride’s mother Janice. Bride’s father dies before she is born and Janice marries Rupert and basically falls into a sad and lonely existence. She eventually finds love but with a woman which is against her religious beliefs.

I expected the book to end on a happy note, either with the girls releasing that there is nothing like home or leaving home and finding a place where they can actually make something of themselves. But the end was equally sad.

The author has a very unique and honest style of writing. But sometimes the narrator abruptly changes midway which was very confusing in the beginning. But as I read on I got a hang of it. There are many bad words and a few explicit sex scenes. So if you are okay with that go ahead and read it.

4 thoughts on “No Beautiful Shore: Review”